Book Launch of "The Kindness of Birds" by FilAussie Dr. Merlinda Bobis 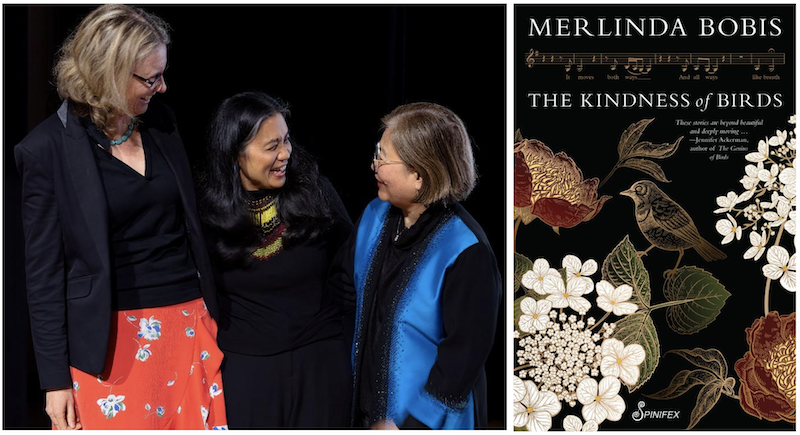 Dr. Lucy Neave, Dr. Merlinda Bobis and H.E. Ma. Hellen B. De La Vega, Philippine Ambassador to Australia, celebrate the launch of Dr. Bobis’ book “The Kindness of Birds” as part of the 75th Anniversary of PH-AU Diplomatic Relations on 14 May 2021 at the National Gallery of Australia.

In her opening remarks, H.E. Ma. Hellen B. De La Vega, Philippine Ambassador to Australia, said “The mateship and bayanihan that define the friendship between our two peoples would see us through the ever-evolving challenges that our region and our world face. This friendship is so important that we take time every year on the 22nd of May to celebrate Philippines and Australia Friendship Day marking the day when Australia first established its Australian Consulate General in Manila. We have long understood that our relations benefit not only our two peoples but the region and the world at large.”

During the event, Dr. Lucy Neave, novelist and senior lecturer at the Australian National University and Associate Professor Alvin Yapan of the Ateneo de Manila University delivered launch messages in support of the book. Dr. Bobis read excerpts from her book for more than 60 guests representing the diplomatic corps, Australian Federal Government, ACT Government and members of the Filipino community.

Dr. Bobis, an award-winning writer, has had four novels, six poetry books and a collection of short stories published, and ten dramatic works performed. She has been featured by the Philippine Embassy as one of Today’s Filipino Australian Women whose work has created bridges between the Philippines and Australia and nurtured the long-standing friendship between our two countries.